The source code is here.

It might be overkill to include MathBox in an RTS, but line drawing in WebGL is hard and I wanted some vectors to show which unit is attacking which other unit. I used an updated fork of MathBox for three.js r84 that I found a link to on the MathBox Google Group. It was a bit of a hurdle to get the MathBox context, coordinate and scaling system to work well with my existing three.js scene, but once it was working MathBox is really smooth and fun to work with. I used a GLSL shader to resample and animate the vector paths. 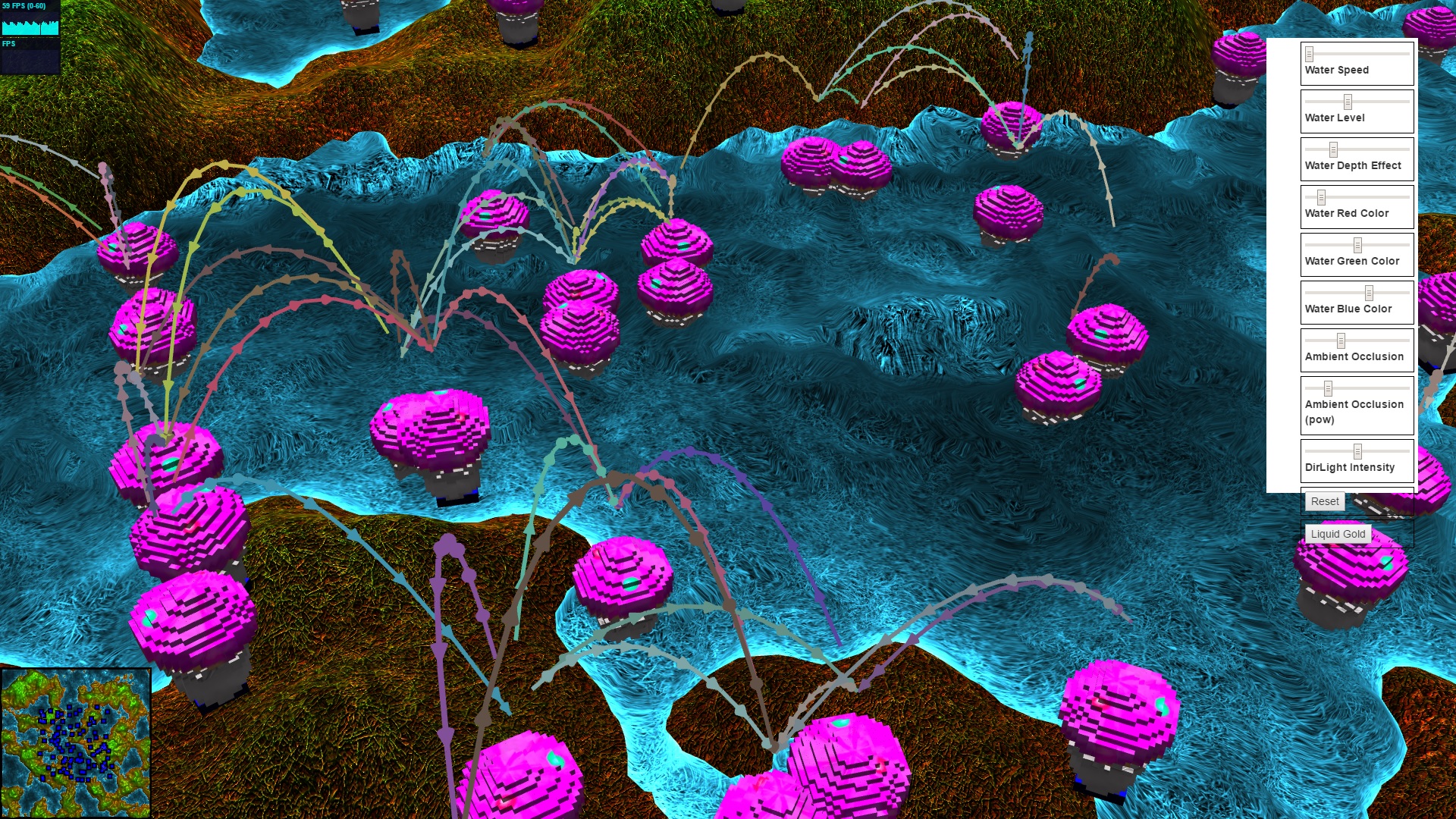