Initially the game was written in JavaScript with Babel, the ES2015 and beyond to ES5 compiler. I switched (more or less complete rewrite) to ClojureScript because the mutable state everywhere was becoming a mess, for hot code reloading and because Babel compilation times were too high (I think on the order of 30 seconds, but I don’t remember so well). I still haven’t implemented feature parity with the original version, but I’ve been focusing on new features like fancy terrain and water instead and notably Starcraft 2 3D model support has been dropped. I suppose the Starcraft 2 on WebGL headline was sparking some of the initial interest, getting a Hacker News submission on the front page and around 13k views, but support for non-free models is by far not the primary goal of the project. Developing a strong and independent engine is.

Here is a screenshot of the version with free models: 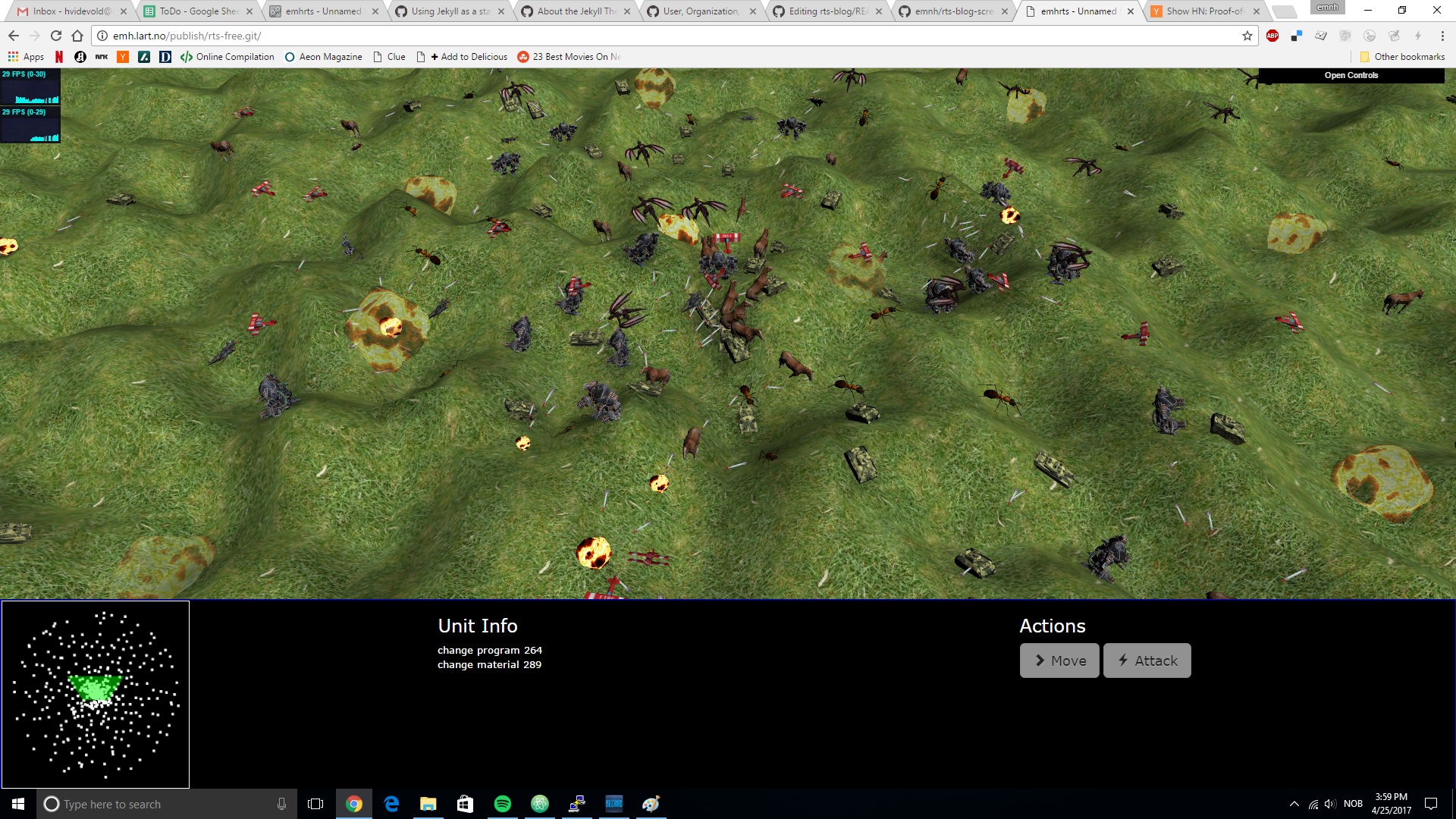 Here is the live version.

The version which downloaded SC2 models from another host is not working anymore since the host is not serving the files anymore, so all you can do is watch YouTube videos of it (or if you are brave check out the legacy branch of rts and try to get it to work):